Home / Stories / On the buses 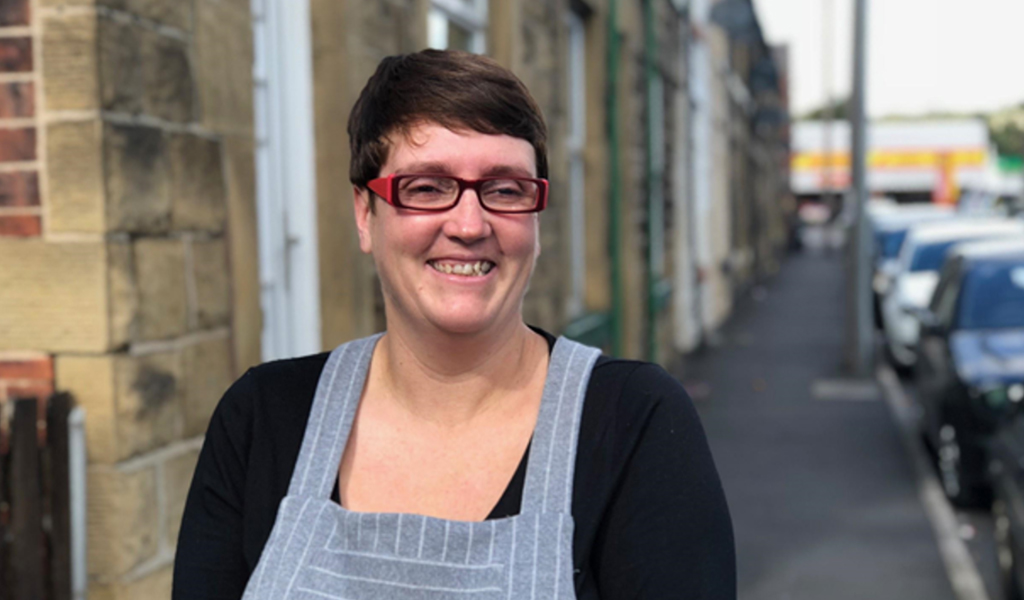 “I’m literally living my dream. I know that is going to sound odd to some people, but I have always wanted to do this, and now I’m finally doing it!”

Susanne is one of the most enthusiastic bus drivers you’ll ever meet. She loves every aspect of the job; from learning the routes, to conversing with the customers, to working closely with the control room and the wider team. But perhaps her favourite part (the part that makes her eyes light up when she talks about it), is getting to drive the 14-tonne bus (the weight of about 4 midsize cars) around hilly Sheffield.
.
“What is not to love about that! The bus is a beast, and it feels great to drive it. I’ve always wanted to be behind the wheel of a big vehicle. I used to pass wagons on the motorway and dream about working as a truck driver. This is even better though, because I get to interact with people too.”

Susanne didn’t take her driving test until she was 41, and aged 45, she has found her perfect job; working for First Bus. After growing up in Liverpool, Susanne moved to Sheffield in her late 20s, to be close to family. She has done various jobs over the years, but nothing that has given her the satisfaction that she gets today.

This new job has been a lifeline for Susanne and her family. After experiencing difficulties in her last role, where she worked in manufacturing, Susanne visited her GP and was signed off with work related stress.

“It’s hard to explain how bad it got, mainly because things are so much better now, so I suppose that it is a good thing that I can’t fully recall it. I had some serious concerns about health and safety at work, which I had raised with my employer, and I suppose the long and short of it is that I didn’t feel ‘listened’ to. I started to panic about going to work. I felt like it was dangerous, that people were at risk. I felt like I was the only one speaking out about it and nothing was being done. It was like I didn’t exist. The longer it took for my managers to respond to the issues I’d identified, the more stressed I became. In the end, I visited the doctor because I was crying all the time, not sleeping, and I had become fearful about going to work. I feel so different now though.”

Accessing counselling and other support through her GP meant that Susanne was able to talk about her feelings with trained professionals and start her journey to recovery.

“My husband had been telling me that I needed to change jobs for a while, but sometimes it’s hard to take advice from the people closest to you. Once I’d started to feel better, and I felt like I was being listened to finally, I realised that this was exactly what I needed to do. My stress was related to the environment I was in, and by taking positive steps to change that environment, I could take back control of my health and wellbeing. So that is what I did!”

“I feel so safe in this new job. The training has been fantastic, and I’ve excelled in areas that I never thought I would.”

You may well see Susanne driving her bus around South Yorkshire. If you do, be sure to say hello – chatting with customers is one of the best parts of her job. She also loves the culture of her new organisation, the way the team support each other, and the fact that the health and safety of employees and customers is paramount.

“This has given me a fantastic first impression of the company and the culture. I also really appreciate the sense of community that they have created. Even when I’m driving the bus alone, I’m in constant contact with the control room and get safety alerts and news flashes to keep me informed. We have a private Facebook Group for employees, so we can chat to each other, swap shifts and share tips. It’s all simple stuff I suppose, but when a company gets the basics right, everything else just works.”

This website uses cookies to improve your experience while you navigate through the website. Out of these cookies, the cookies that are categorized as necessary are stored on your browser as they are essential for the working of basic functionalities of the website. We also use third-party cookies that help us analyze and understand how you use this website. These cookies will be stored in your browser only with your consent. You also have the option to opt-out of these cookies. But opting out of some of these cookies may have an effect on your browsing experience.
Necessary Always Enabled
Necessary cookies are absolutely essential for the website to function properly. This category only includes cookies that ensures basic functionalities and security features of the website. These cookies do not store any personal information.
Functional
Functional cookies help to perform certain functionalities like sharing the content of the website on social media platforms, collect feedbacks, and other third-party features.
Performance
Performance cookies are used to understand and analyze the key performance indexes of the website which helps in delivering a better user experience for the visitors.
Analytics
Analytical cookies are used to understand how visitors interact with the website. These cookies help provide information on metrics the number of visitors, bounce rate, traffic source, etc.
Advertisement
Advertisement cookies are used to provide visitors with relevant ads and marketing campaigns. These cookies track visitors across websites and collect information to provide customized ads.
Others
Other uncategorized cookies are those that are being analyzed and have not been classified into a category as yet.
SAVE & ACCEPT
Powered by